With the support of the Pro Victimis foundation and private donors, our Foundation manages a pool of funds dedicated to supporting cartoonists in danger and in need of help. Cartoonists from Malaysia, Venezuela and Syria have benefited from this help since 2017.

In 2020 the Foundation launched the pilot educational project “Creative Drawing for Humanity”: a series of cartooning classes held by Hani Abbas in schools across Geneva. The classes have been organized in collaboration with the Département de l’instruction publique, de la formation et de la jeunesse (DIP) and NGO Enfants du Monde. 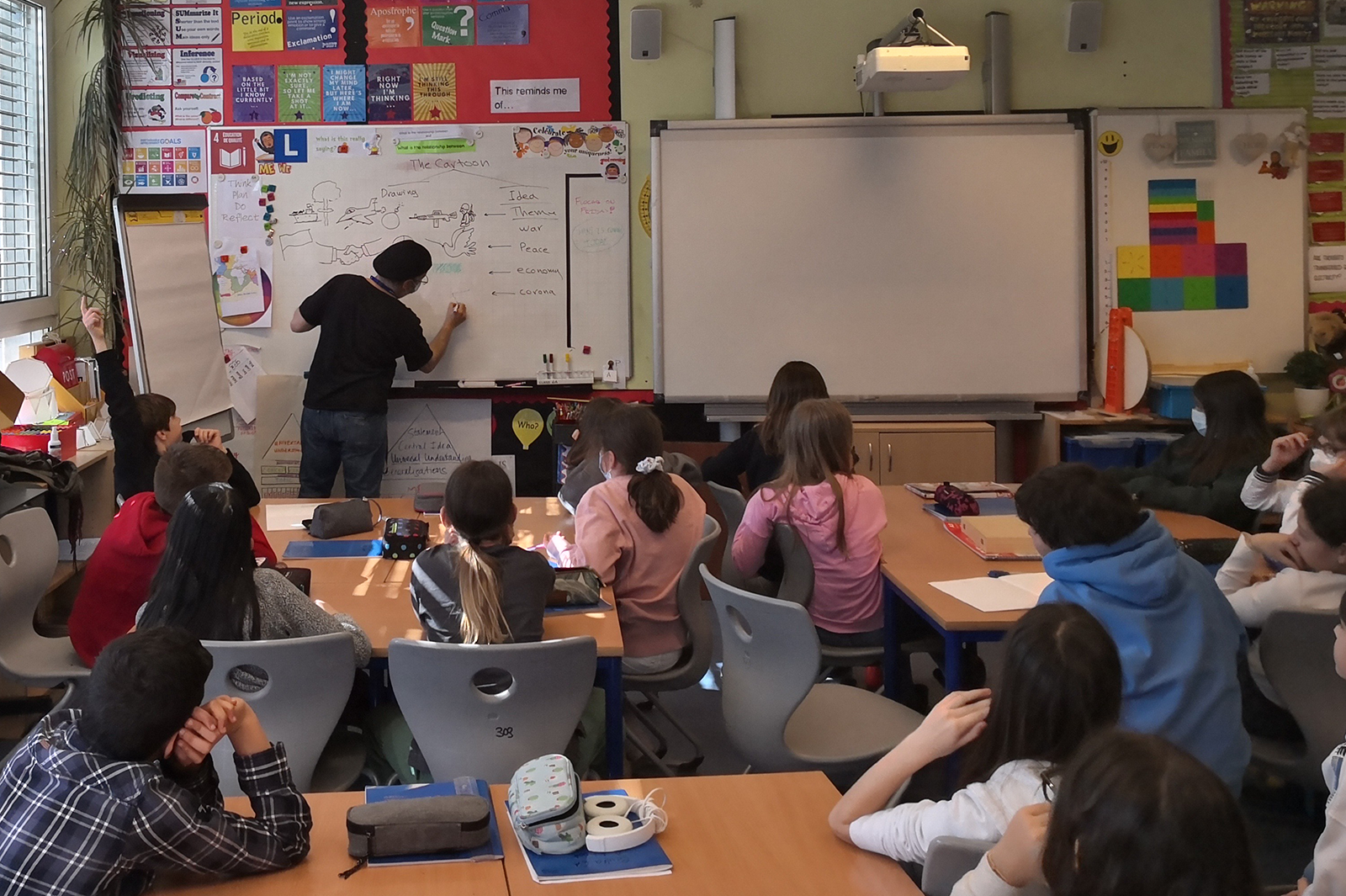 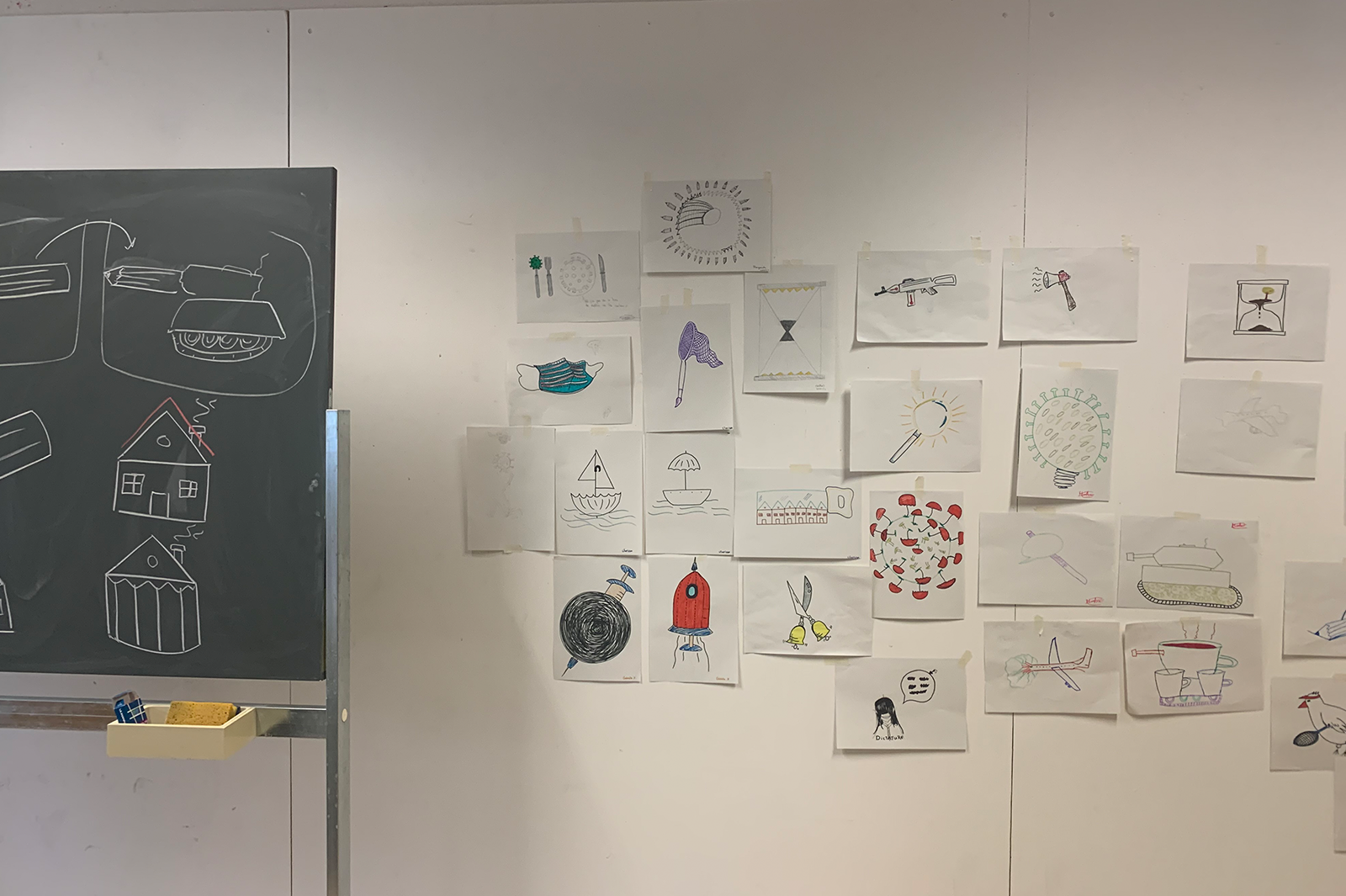 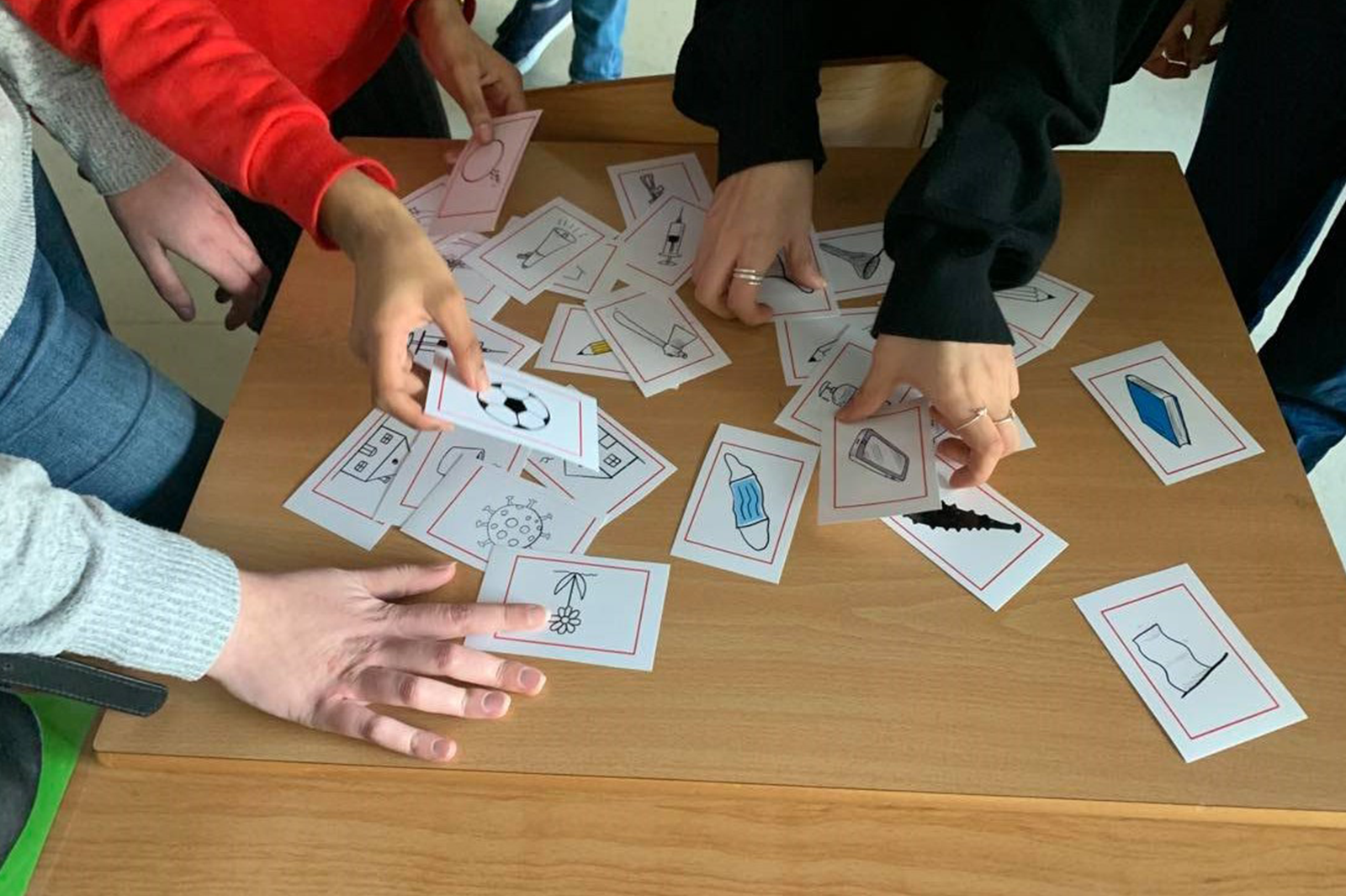 Hani Abbas, Laureate of the 2014 International Cartoonist Award, designed a series of three modules which offer students the chance to learn basic drawing techniques and to use them as a means to express themselves. The classes stimulate students with an innovative mix of art and culture. The key objectives of Hani Abbas’s Project are:

Read a report on the project (French)

Ten years after the creation of the Cartooning for Peace network in New York by Kofi Annan and a dozen international editorial cartoonists, the Swiss Foundation organized a benefit concert on September 16, 2016, in Genenva’s Victoria Hall. A special event in support of cartoonists threatened all around the world for putting their talent and courage at the service of democracy, justice and human rights. 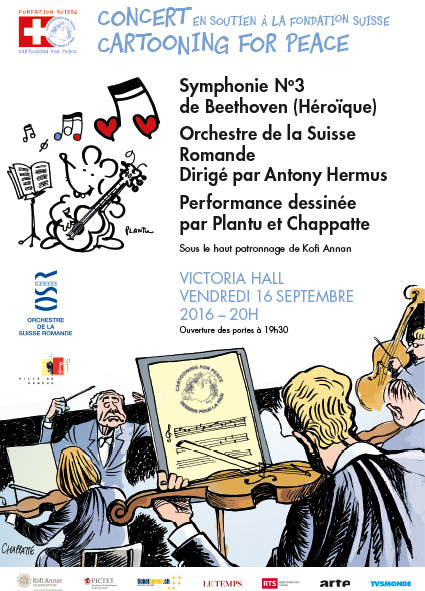 The Orchestre de la Suisse Romande, under the direction of the Dutch conductor Antony Hermus, performed Ludwig Van Beethoven’s Third Symphony (“Eroica”), while cartoonists Chappatte and Plantu, both founding members of the Foundation, drew live during the four movements of the symphony.

The money raised was entirely donated to the Foundation’s Support Fund created to help and defend cartoonists who are prevented from practicing their art in their countries. The OSR musicians who are deeply attached to freedom of expression and artistic creation offered to play for free for the Swiss Foundation as a gesture of solidarity with the murdered Charlie Hebdo cartoonists, gunned down in Paris on January 7, 2015. The concert was recorded and aired on television in Switzerland, France, Belgium and Canada.

The Foundation would like to thank the OSR musicians for this generous gesture as well as the City of Geneva and its media partners RTS, TV5, Arte, and the daily newspaper Le Temps.